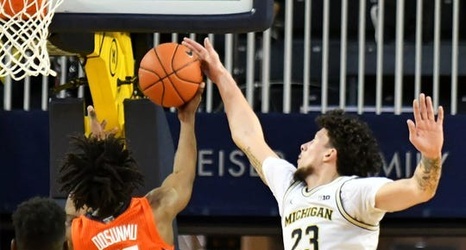 Ann Arbor — Over the early portion of Big Ten play, struggling and scuffling could’ve been used to describe Michigan’s defense.

But those words have been replaced by new ones as of late: solid and stout.

That’s because over the past five games, the Wolverines’ defense has turned things around and has held opponents to 0.