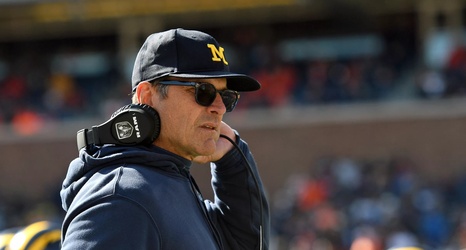 After Von gave you the warm and fuzzies yesterday with the biggest recruiting hits of the Harbaugh era, I’m here to bring you back down to Earth with his biggest misses.

To create this list, I considered a few factors, including quality of the prospect, position of need, expectations of landing the recruit and who the player was lost to. Cover your eyes and grit your teeth as we look back at what could’ve been.

For someone who was committed to his final school for two years before signing, Najee Harris generated a ton of drama in his recruitment.