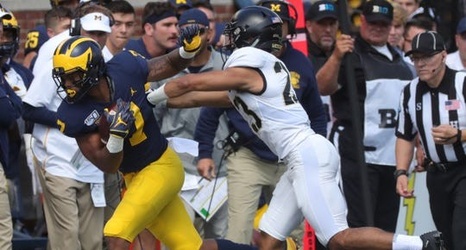 That's the only way to describe No. 7 Michigan's play in a 24-21 double overtime win over Army.

The Wolverines were poised to suffer a catastrophic loss, the worst of the Jim Harbaugh era. Then the defense came up with a huge play.

With Michigan leading by three in the second overtime, Carlo Kemp and Aidan Hutchinson converged upon Army quarterback Kelvin Hopkins Jr., forcing a fumble that Josh Uche recovered to end the game. The Wolverines rushed the field in celebration after a game that was much closer than anyone anticipated.