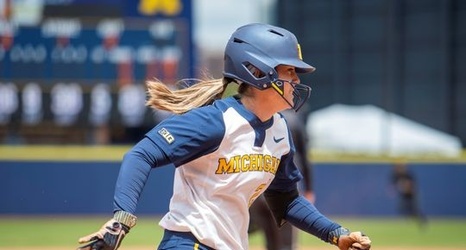 With a 2-1 loss to James Madison in the second game of Monday's NCAA regional, the 2019 Michigan softball season has concluded.

The Wolverines are the only regional hosts to not advance to the Super Regionals, extending their drought to three straight years. The loss came after an earlier 3-0 loss to the Dukes that put Michigan on the brink of elimination. And with a strikeout on a dropped third strike in the bottom of the seventh, James Madison finished the job.

Down 2-0 in its last at-bats, Michigan tried to rally as Alex Sobczak hit a solo home run to keep the Wolverines’ hopes alive with one out, which was followed by a Madison Uden single.