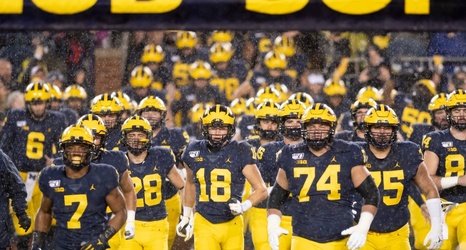 Michigan is ranked No. 23 in this week's Associated Press Top 25 poll, as the Big Ten made its return to the rankings.

No. 6 Ohio State, No. 10 Penn State and No. 14 Oregon also returned to poll Sunday, weeks before they start playing, creating a Top 25 as unusual as this season.

The rest of the rankings was rattled by the Big Ten, Pac-12, Mountain West and Mid-American conferences reversing course and deciding to play fall football after initially postponing because of COVID-19 concerns.