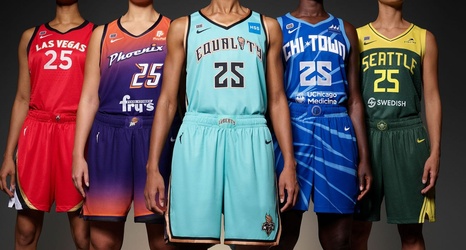 Michigan hasn't had a WNBA team since the 2009 season, but some players with Michigan ties played a big part in Thursday's WNBA draft.

Kysre Gondrezick, the 2016 Mick McCabe Miss Basketball winner at Benton Harbor who played at Michigan before transferring to West Virginia, was a surprise No. 4 pick by the Indiana Fever; Seventeen picks later, Micaela Kelly — who starred at Detroit King with four straight PSL titles before landing at Central Michigan — was selected ninth in the second round by the Connecticut Sun, 21st overall.

And, of course, the former Detroit Shock — who moved to Tulsa and are now playing in Texas as the Dallas Wings — didn't have to look far to find a new player to build around.