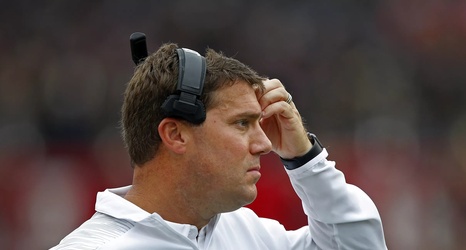 In the five years before Greg Schiano arrived at Rutgers, the Scarlet Knights sported an 11-44 record. Basically, they were the 1990s version of Kansas (6-39 the last four years).

In his 11-year tenure, Schiano muscled the program into six bowl games, including five wins. Expectations raised to the point where three bowls in four years for Kyle Flood wasn’t cutting it.

Chris Ash is now the head sensei in Piscataway, and as of this date the program is even worse than it was pre-Schiano.

An offense never ranking higher than No. 125 per S&P+.