Michigan jumps to No. 1 in Baseball America rankings for first time 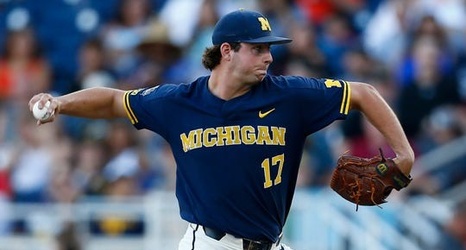 Michigan baseball coach Erik Bakich promised everyone last month his Wolverines weren't a top 10 team "coming out of the snow in February."

It turns out the Michigan actually might be better than that.

A 3-1 weekend, including a victory over defending national champion Vanderbilt, has Michigan No. 1 in this week's Baseball America Top 25, released Monday. It's the first time in the publication's 40-year history the Wolverines are ranked No.