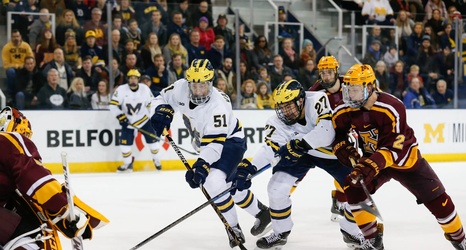 Winners of four straight, including two on the road against defending national champions UMass and more recently two against Penn State to complete the season sweep over the Nittany Lions.

Michigan split its home series against Minnesota the first weekend of December, but also suffered its worst loss at Yost of the season, 5-1.