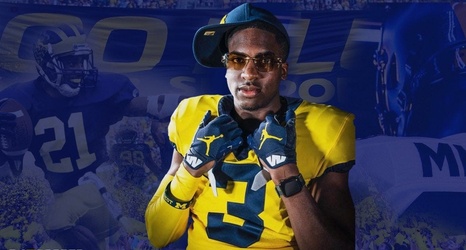 Moore fielded more than 20 offers from programs all over the country and had a top five consisting of Texas A&M, Illinois, Minnesota, Cincinnati and Michigan.

"I feel as though the time was now (to commit to Michigan) because I had to focus on my (senior) season," Moore told Clint Cosgrove in an interview with Rivals. "I don't want to revolve myself around my guys. I just wanted to put my guys first, try to win state and have my tunnel vision.