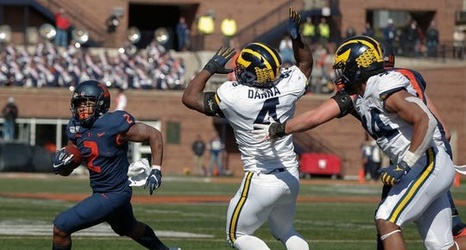 The odds were stacked against Mike Danna.

The former Michigan football defensive end was not invited to the NFL combine.

Then his Pro Day was canceled due to the coronavirus outbreak.

Danna was widely viewed as a fringe prospect who was likely to go undrafted.

Instead, he became the fifth of 10 Wolverines drafted when the Kansas City Chiefs — the reigning Super Bowl champs — selected Danna in the fifth round with the No.