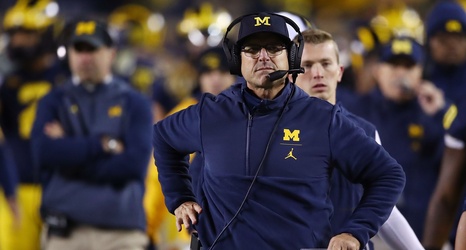 The quarterback position has been an issue for Michigan football really since the start of the Jim Harbaugh era.

Jake Rudock turned into a really solid player in 2015. Wilton Speight also had some flashes as has Shea Patterson over the past two seasons. But when it comes to players that Harbaugh has recruited, it hasn’t worked out as well, with Brandon Peters being the top example.

Yet, that’s also a little unfair. Harbaugh got Patterson as a transfer and that delayed Dylan McCaffrey or Joe Milton from taking over as the starter. Next season, one of those two will be the guy unless Cade McNamara makes a huge leap or incoming freshman JD Johnson dominates.