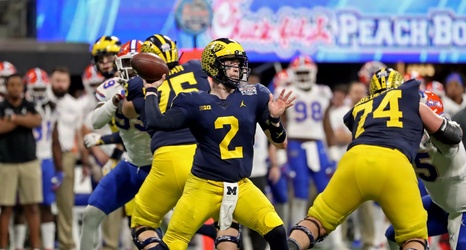 The Michigan Wolverines football team’s win projection was set at 9.5 by BetOnline.ag on Monday morning.

In Jim Harbaugh’s four seasons, Michigan has averaged 9.5 wins per season. However, the maize and blue have won 10 games in three of those four years.

The Wolverines’ 2019 season is highlighted with road games at Wisconsin and Penn State, and home games against Notre Dame, Michigan State, and Ohio State.

Michigan will be coming into the season with one of the toughest schedules in the country once again, and could experience potential growing pains in new offensive coordinator Josh Gattis’s system.