Michigan Football: Why Carlo Kemp could make it with the Packers 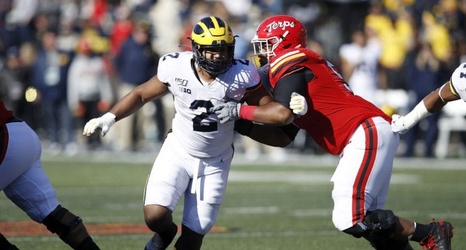 Michigan football’s Carlo Kemp didn’t get picked in the 2021 NFL draft as some people expected, but he found a good home with the Green Bay Packers.

It had to be disappointing when he didn’t hear his name called on Saturday in the final rounds of the NFL draft, however, it doesn’t necessarily have to be a bad thing.