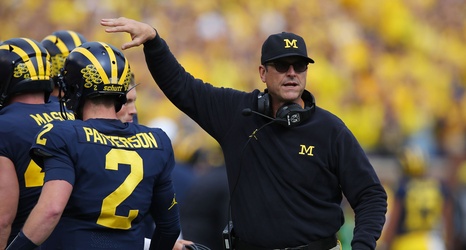 Before we learned about JD Johnson having to medically retire, Michigan football appeared to be in an ideal position at quarterback.

The Wolverines were slated to have Dylan McCaffrey, Joe Milton and Cade McNamara all back next season, along with Johnson, a four-star recruit that was going to be part of the 2020 class.

That would have given Michigan football four talented quarterbacks, one from each different class. But now, because Johnson was forced to retire, the Wolverines are back at the drawing board.

It’s apparent that Michigan doesn’t want to miss out on having a quarterback in this class and it shouldn’t.