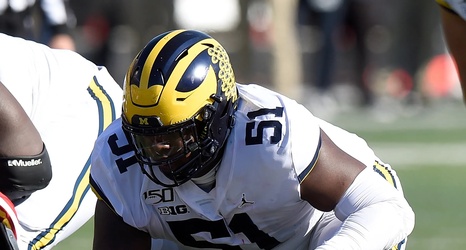 Throughout the week here at Maize n Brew we have been ranking players from Jim Harbaugh’s time at Michigan at different positions. Today brings us to the offensive lineman, which has taken massive steps forward as a unit.

Harbaugh draws a lot of fair criticism for the way the roster has been constructed and for not living up to the promised hype, but the offensive line has quietly been a strong unit for almost his entire time in Ann Arbor. The 2020 season was rough, but it was an outlier for a unit that has otherwise been dependable over the last few seasons.