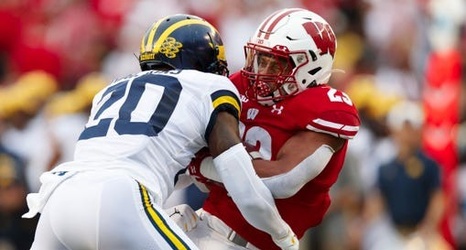 Charles Woodson is as stunned as you are at Michigan football's first-half performance against Wisconsin.

Woodson, the ex-Michigan star and Heisman Trophy winner, had a look of disbelief on his face on the Fox halftime show after the Wolverines entered the break trailing 28-0.

"I’m hurt. I need some words of encouragement. Somebody give me something," Woodson said with a blank stare, while seated to the right of ex-Ohio State coach Urban Meyer. "That’s real."

Woodson's reaction came after Michigan posted just 96 total yards in the first half against Wisconsin.