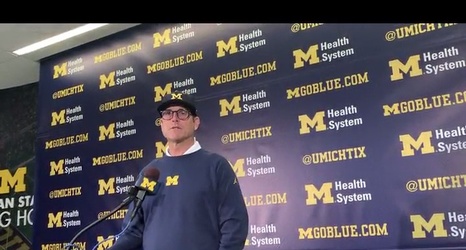 Late in Saturday's 28-21 loss at No. 7 Penn State, ABC cut to a shot of the Michigan football's sideline and captured one of the defining moments of this season.

Receiver Ronnie Bell, who had dropped a potential game-tying touchdown on fourth-and-goal, stood on the sideline and was overcome by emotion. The camera lingered on Bell, as one teammate wrapped him in an embrace and patted his helmet.