Michigan football QB Shea Patterson 'was being evaluated at half'; McCaffrey concussion 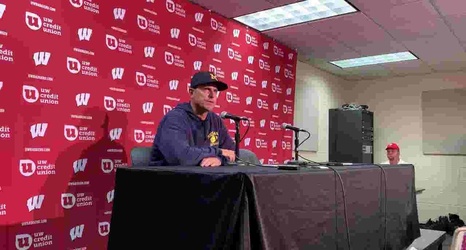 Michigan football's decision to pull starting quarterback Shea Patterson for backup Dylan McCaffrey was not performance-motivated, according to Jim Harbaugh.

“Shea was being evaluated at halftime," Harbaugh said after U-M's 35-14 loss at No. 14 Wisconsin, "and then we put Dylan in to start the second half."

Harbaugh did not specify what Patterson was evaluated for. The senior quarterback suffered an oblique injury on the first play of the season opener against Middle Tennessee State.