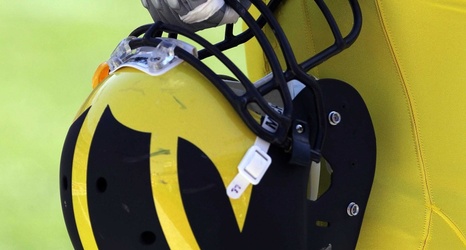 After a tough month on the recruiting trail in June, Michigan football is off to a much better start in July.

Fredrick Moore, a 2023 three-star wide receiver committed to the Wolverines on Friday on Spotify Live. He took an official visit to Ann Arbor last month.

Moore, a 6-foot, 175-pound prospect from St. Louis, Missouri, is ranked No. 491 nationally, according to 247Sports' composite rankings, and No. 61 among wide receivers.

He had a breakout season as a junior, hauling in 41 catches for 1,010 yards and 12 touchdowns.