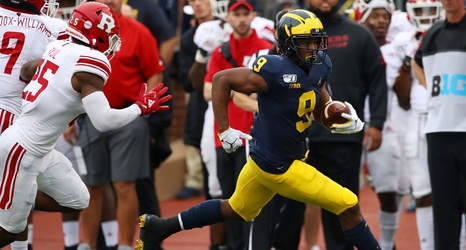 Looking back at the career of Donovan Peoples-Jones at Michigan football, it’s hard to call his three-year career with the Wolverines anything but a disappointment.

Peoples-Jones came to Michigan football as the No. 1 ranked wide receiver in the 2017 recruiting class. He was supposed to give the Wolverines an elite playmaker, a true impact player.

Only, that never came to fruition. Peoples-Jones had moments and he did haul in 14 touchdowns during his final two years with the Wolverines, but he never became the dominating force that he could have been.

Some might say that is because of quarterback Shea Patterson, as well as playing with John O’Korn, Wilton Speight and Brandon Peters as a freshman.