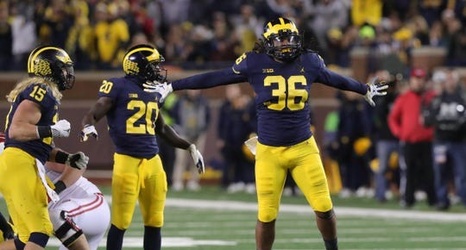 The fifth-year senior linebacker announced his decision on Twitter on Tuesday afternoon.

"After speaking with my family I have decided to enter the transfer portal for my 5th year," Gil wrote. "I will forever be thankful for everything I received and accomplished at (Michigan) and will forever be a Michigan man."

Gil appeared in 40 career games and made 14 starts, nearly all during the 2018 season, when he finished with a career-high 33 tackles, 3.