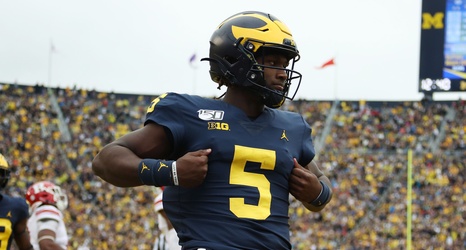 Despite the fact that some Michigan football fans held out hope that the Wolverines would get another season with Shea Patterson or maybe a transfer, the reality is that either Dylan McCaffrey or Joe Milton is likely going to be the starting quarterback next season.

For a short time, there was talk that Patterson might explore a fifth season. But that went by the wayside when he committed to play in the Senior Bowl. And of course, there has been a lot of talk about transfers, with three of the four quarterbacks in the College Football Playoff taking that route, but that seems unlikely too.