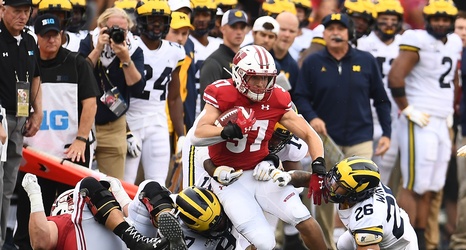 The Michigan football program has seen a number of players transfer over the past few seasons and on Monday, another, J’Marick Woods, put his name into the transfer portal.

Woods, a defensive back for the Wolverines, has struggled to get into the regular rotation on the defense. At the start of the season, he was in the mix for spots in sub packages, however with the emergence of Daxton Hill, he wasn’t seeing the field very often.

Woods announced the move on Twitter and said that he will be graduating from Michigan in December, which will leave him with two years left of eligibility.