Michigan football halted by virus, but Jim Harbaugh says season has 'been worth it' 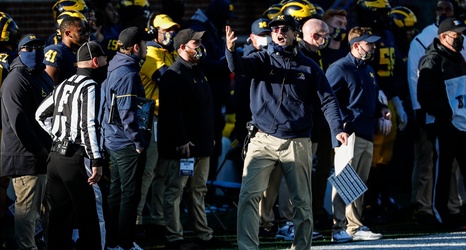 It seems like ages ago. But in mid-September Jim Harbaugh was brimming with optimism.

The Michigan football coach was enthusiastic about the reinstatement of Big Ten football after a five-week postponement that roiled this section of the country.

Exactly 75 days later, at the conclusion of Harbaugh’s weekly news conference Monday, the vibe surrounding his sinking program was negative. Multiple people within the team were presumed to have tested positive for COVID-19 and no football was being played or practiced because of the potential outbreak of cases.