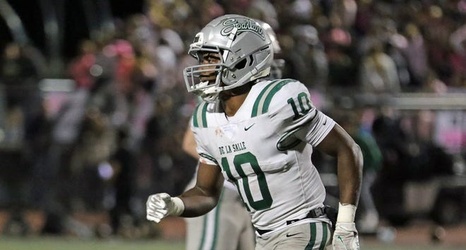 Bridgeman, of Philadelphia's Imhotep Institute, pledged maize and blue via Twitter on Friday evening, issuing a statement along with an image of himself wearing No. 7 in Michigan gear. The 6-2, 230-pound defender is ranked as the No.