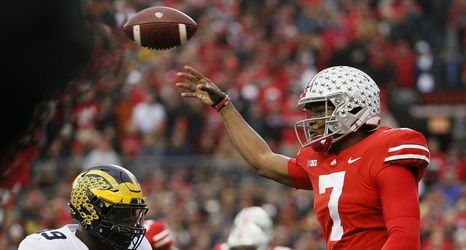 A West Coast man was sentenced to 12 months and a day behind bars Tuesday after he admitted making threats to Ohio State football players and fans during the game against Michigan football two years ago.

Daniel Lee Rippy, 29, of Livermore, California, pleaded guilty earlier this year in federal court in Columbus to a single felony count of making a threat in interstate communications.

He faced up to five years in prison, though prosecutors recommended 15 months plus three years of supervised release. Rippy sought 10 months, essentially the time he’s served in the Franklin County Jail on Jackson Pike, where he’s been incarcerated since February.