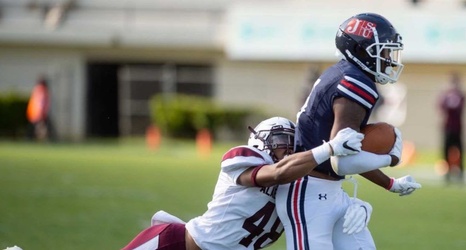 Michigan football wasn’t able to land to Jay Toia from the transfer portal this week, but the Wolverines are starting to feel like the favorite to land another.

This time around, it’s wide receiver Daylen Baldwin, who is transferring from Jackson State. He’s from the state of Michigan but started his career at Morgan State and then Jackson State.

Recently, he worked out for Ohio State and earned an offer from the Buckeyes.