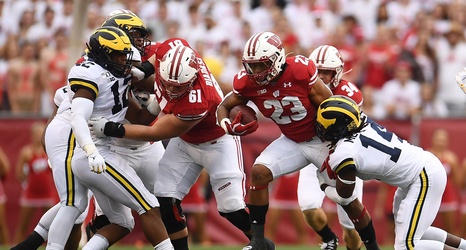 Everything that could go wrong in Madison did on Saturday afternoon. Michigan football got manhandled from the opening drive. Jonathan Taylor and the offensive line set the tone and didn’t let up. It was a nightmare that became a reality of what everyone witnessed two weeks ago in the Army matchup.

Michigan football shot out of the cannon on the first offensive drive with a pass caught in stride by Ronnie Bell that got the Wolverines inside the 10-yard line. Two snaps later was the beginning of the end with a Ben Mason fumble.