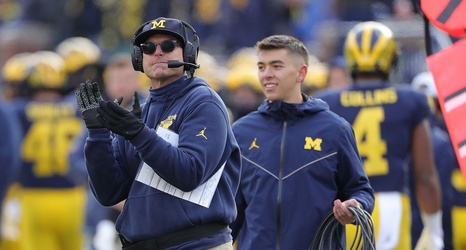 Nothing ever goes according to plan, at least not exactly. As Mike Tyson famously said: “Everyone has a plan until they get punched in the mouth.” The 2019 Michigan football team took one right to the chin from Wisconsin, and then an uppercut from Penn State, followed by a knock out by Ohio State.

It wasn’t supposed to be that way. The Wolverines were supposed to win out and find a way into the College Football Playoff or at least win the Big Ten Championship. Neither happened, but there’s good news ahead – depending on your level of optimism.