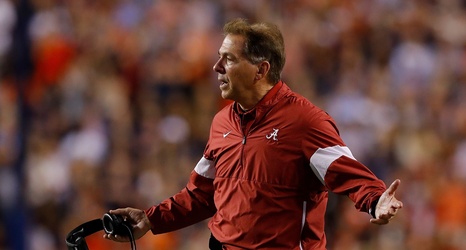 After weeks of talking and waiting, Michigan football will take on Alabama in the Citrus Bowl Wednesday at Camping World Stadium in Orlando.

It’s a place Michigan hasn’t been since 2016 when Jake Rudock led the Wolverines to a win over Florida to cap off Jim Harbaugh’s first season.

U-M won that game and it propelled Michigan football to a really good season in 2016, one in which the Wolverines were a few bad calls away from playing for the Big Ten championship and likely the College Football Playoff.

But, over the years, Michigan hasn’t been able to get over the big-game hump and taking on Alabama will give them another chance to do so.