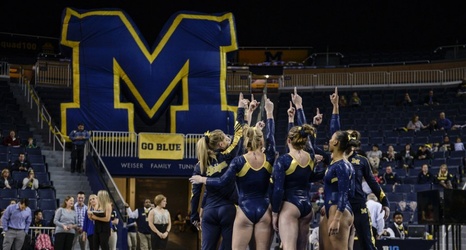 ANN ARBOR -- Michigan and Eastern Michigan are two of six women's gymnastics teams that will compete at an NCAA regional meet on April 2 in Ann Arbor.

The No. 7 Wolverines will host the Eagles along with No. 6 Auburn, No. 18 Stanford, Penn State and New Hampshire, with the top two teams earning bids to the 2016 NCAA championships April 15-17 in Fort Worth, Texas.