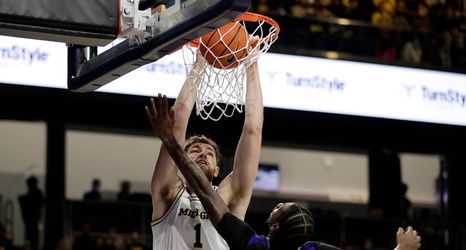 Coastal Carolina transfer DeVante’ Jones had 10 points, eight rebounds and five assists as the Wolverines cruised to a 77-49 victory in Washington.