Michigan basketball's depth provides the difference in win over Iowa 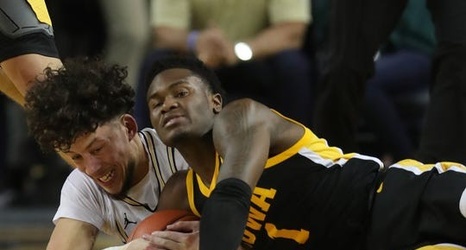 With just over seven minutes left in Friday night's 103-91 win over Iowa, Michigan basketball needed a bucket to continue holding off the Hawkeyes.

Center Austin Davis set a screen, dove to the rim and dunked off a pass from point guard Zavier Simpson. The Wolverines got a stop — and then Davis dunked again, off an identical feed from Simpson.

The sequence was emblematic of No. 5 Michigan's win over the Hawkeyes.