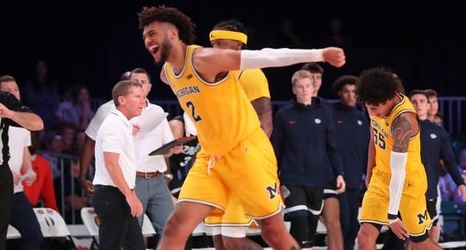 Tuesday night, Juwan Howard and Michigan basketball will enter a hostile road environment for the first time this season.

Just four days after winning the Battle 4 Atlantis tournament on neutral ground in the Bahamas, the fourth-ranked Wolverines will face No. 1 Louisville on the road at the KFC Yum! Center (7:30 p.m., ESPN).

The top-5 matchup is one the biggest matchups as part of the annual ACC-Big Ten Challenge, featuring a talented, veteran team in Louisville — and a pretty similar team in Michigan, although few anticipated just how good the Wolverines would be after losing their top three scorers and the program's winningest coach.