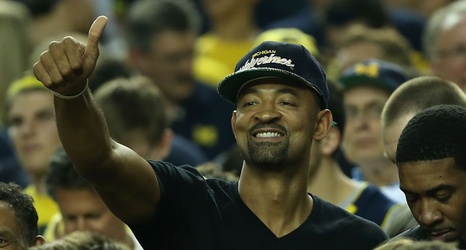 Just the other day, as I watched the Michigan football loss another heartbreaking game, I thought, at least Michigan basketball is right around the corner.

The Wolverines weren’t ranked in the AP Top 25 poll that was released Monday, however, they are receiving votes and most expect them to make another run to the NCAA tournament under the direction of first-year head coach Juwan Howard.

The only problem is that will now get harder to do after coach Howard and Michigan basketball announced that Franz Wagner will be out 4-6 weeks with an arm injury.