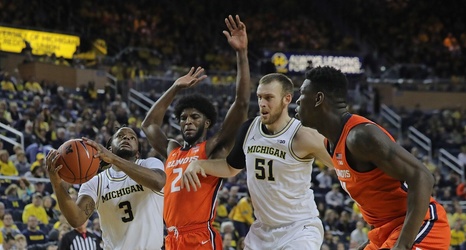 With the return of Isaiah Livers, Michigan basketball seemed destined to return to form after dropping seven of its last 11. It took until the second 20 minutes of play to get back in the groove and entertain a small lead that didn’t last too long. Then reality struck when Livers re-injured his groin about midway through the half. It didn’t end their hopes officially but made the task that much more problematic to upend the Big Ten leading Illini in a must-have game.

Ayo Dosunmu forged the path to victory for the Illini. He finished with a game-high 27, but most importantly nailed the dagger in the clutch to put away the slumping Wolverines for good.