Michigan as high as No. 2, Michigan State No. 9 in way-too-early college hoops rankings 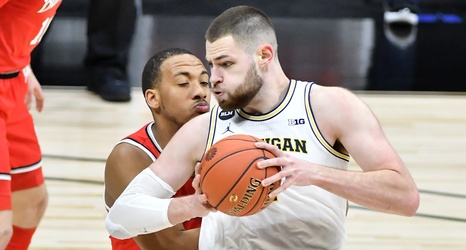 The curtains closed on the 2020-21 men’s college basketball season on Monday night. Naturally, that means it's already time to start looking ahead.

Numerous publications rolled out their way-too-early rankings for the 2021-22 season on Tuesday and Michigan and Michigan State are well represented.

The Wolverines, the reigning Big Ten regular-season champs who reached the Elite Eight, are listed as high as No. 2 in the nation by several outlets. The Spartans, who are coming off one of their least successful seasons under coach Tom Izzo, range anywhere from Nos. 9-22.

Both teams should return several key pieces to go along with an influx of talent, with Michigan and Michigan State bringing in top-10 recruiting classes.