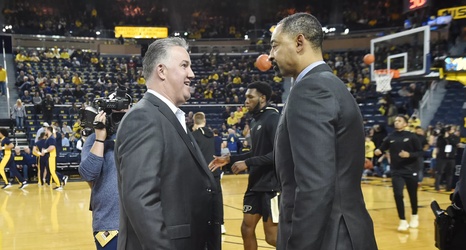 Purdue’s Matt Painter found himself in a double overtime chess match against Juwan Howard and the Michigan Wolverines on Thursday night at Crisler Center, which was his first taste of the matchup between two teams with the first year head coach.

Howard got the better of this matchup, rallying his team from a deficit in the second half and riding out his senior leadership in Zavier Simpson and Jon Teske to a 84-78 win in double overtime.

Painter was asked after the game about Howard’s background and what he sees from him after spending so many years in battle against John Beilein’s version of this Michigan program.