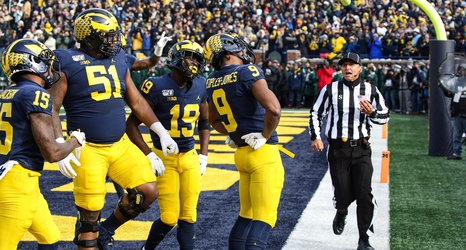 The Michigan Wolverines have two regular season games left and a shot at 10 wins after moving to 8-2 following a 44-10 victory over rival Michigan State. With Indiana and Ohio State up next on the schedule, they at the very least have two more shots to get themselves to nine wins, which may make this a salvageable season after all given how things started.

Given that the most likely scenario to finish out this season is 9-3 with a loss to Ohio State, the bowl picture is beginning to come into focus as opposed to people predicting the postseason destinations before the midway point of the season.