Kickoff time for Michigan’s home finale next weekend against Maryland 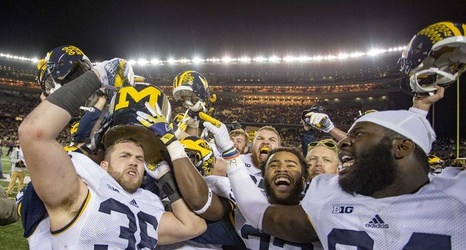 It is hard to believe that after this week’s game against Penn State, there will be only one more home game the rest of the 2020 football season for the Michigan Wolverines. Now, we know when it will kick off.

The announcement was made on Monday afternoon that Michigan’s game against the Maryland Terrapins on Dec. 5 in Ann Arbor will be a 3:30 p.m. ET kickoff and be televised via Big Ten Network.

Like the Rutgers series, Michigan has won all five games it has played against Maryland since Jim Harbaugh was hired in 2015.