Juwan Howard on Isaiah Livers’ re-injury, his team’s mindset after another tough loss 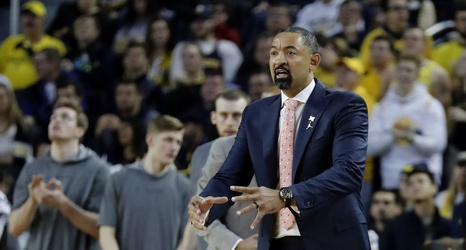 ANN ARBOR, MI — The Michigan Wolverines dropped their fourth-straight game on Saturday afternoon in a tough 64-62 contest to Illinois that went a half-second short of the final buzzer. The loss was difficult for the postseason resume and the outlook moving forward, but a bigger loss may have occurred in what was supposed to be the return of one of their stars.

Isaiah Livers returned to action after missing six-straight games with a groin injury and got the start for Michigan. However, he would re-injure the groin on a transition dunk attempt and be removed from the game until the team needed a desperation pass at the very end to set up a potential game-tying or winning shot.