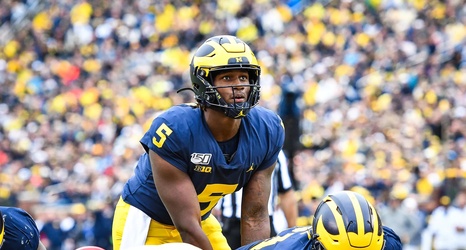 Joe Milton was given the keys to the second-team offense last week in practice ahead of the Rutgers game with Dylan McCaffrey sidelined and the early returns were positive for the redshirt freshman quarterback. Milton finished the game 3-for-4 with 59 yards passing and a 23-yard touchdown strike (emphasis on strike) to freshman wideout Giles Jackson in the fourth quarter.

Head coach Jim Harbaugh spoke about his performance and what Michigan saw from their signal-caller in the game against Rutgers.

“Joe was good. He’s gotta feel, coming out of the game, good about himself,” Harbaugh told reporters on Monday.