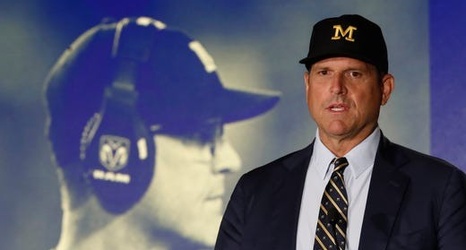 CHICAGO — Jim Harbaugh's talked about playing a regular-season football game in another country for a while now.

Harbaugh wouldn't reveal the opponent or the destination, just saying an announcement should be on the way.

"You can talk to (athletic director Warde Manuel) about this. But I think we're really close to announcing playing another team on foreign soil," Harbaugh said after being asked a question about whether or not he'd be open to playing a game in Mexico City.