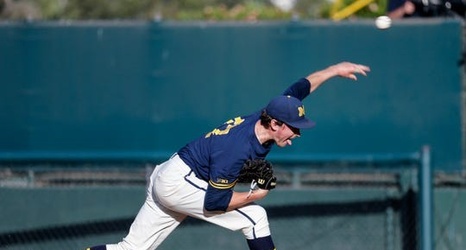 He lobbied from the hospital, an IV pumping fluids into his body to combat dehydration, the result of a flu bug and, doctors later told him, pneumonia.

He wanted to pitch. No matter how sick he felt. No matter what anyone tried to tell him.

And, so, there was Tommy Henry on the mound Sunday in Los Angeles, fighting off fever and dehydration and the UCLA Bruins, desperate to give his Michigan Wolverine teammates enough innings to propel them to the College World Series.