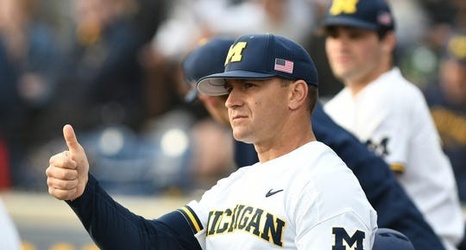 Before Michigan got under way in its first College World Series appearance in 35 years, Erik Bakich was named the national coach of the year.

Bakich, 41, is in his seventh season at Michigan, and has the Wolverines in the NCAA Tournament for the third time — including their first CWS appearance since 1984.

He was honored Saturday by the National Collegiate Baseball Writers Association.

"Erik Bakich has done a magnificent job of returning the Michigan baseball program to its traditional status," NCBWA executive director Bo Carter said in a statement. "To go on the road and upset the No.