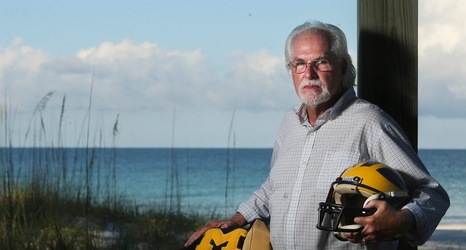 Today, it comes across as ridiculous. Archaic. Punitive. Even masochistic.

The University of Michigan from 1972-74 rolled up a football record of 30-2-1. Never once during three seasons of preposterous success did the Wolverines play in a single bowl game.

Now add to that era of unrelenting torture in Ann Arbor a final dash of cruelty:

Had two of three field-goal bids by an ex-Vietnam soldier, Mike Lantry, have been even inches tighter, the Wolverines would not have lost a single regular-season game for three consecutive seasons.

But no. These moments for Michigan, and for Lantry, were sports scripts not of sweetness, but savagery.