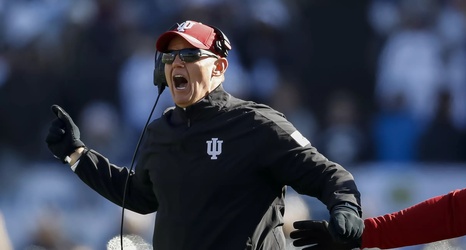 For whatever reason, the Indiana Hoosiers always give the Michigan Wolverines their best. It always appears as the trappiest of trap games on Michigan’s schedule, yet Michigan hasn’t lost to Indiana since 1987.

In all four matchups against head coach Jim Harbaugh, Indiana has given the Wolverines a run for their money. In 2015 in Bloomington, it took double overtime, and 440 passing yards and 6 touchdown passes from Jake Rudock to win. In a snow-filled 2016 game, the Wolverines squeaked out a 20-10 win. In 2017, it took 200 rushing yards and a game-winning touchdown in overtime from Karan Higdon to beat the Hoosiers.