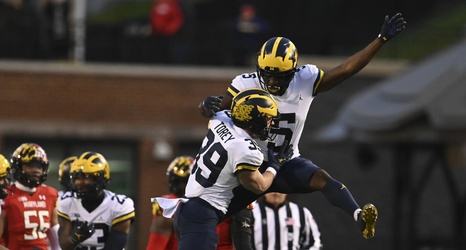 It seemed like more of a scrimmage than a Big Ten tilt for Michigan against the Maryland Terrapins on Saturday afternoon. Michigan was stronger, faster, and just better all around.

Michigan’s offense pumped out a lot of first downs in the early going, mixing pass and run. An 11-play, 70-yard drive set the tone early in the first quarter. It showed Hassan Haskins would be a force to be reckoned with, and that quarterback Cade McNamara would get rid of the ball quickly. The drive ended with a Luke Schoonmaker touchdown catch to put Michigan up 7-0.