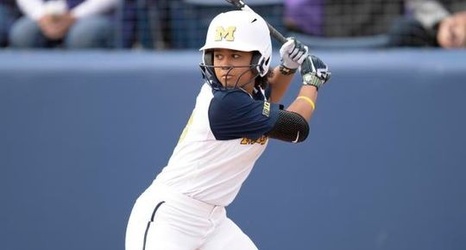 Ann Arbor — Lexie Blair is 19 years old, carries herself with a maturity beyond her age, and is unfazed by the success she’s had as a freshman outfielder on the Michigan softball team.

In other words, she is a coach’s dream.

Blair, recently named a unanimous All-Big Ten first-team and All-Freshman team selection, leads Michigan with a .424 batting average that ranks third in the conference. She has a team-best 75 hits, with 21 doubles and 53 runs batted in. But here’s the thing — she is one of only four Michigan freshman to lead the team in hitting since 1995, and on that list is former National Player of the Year Sierra Romero, who led the Wolverines as a freshman in 2013 with a .